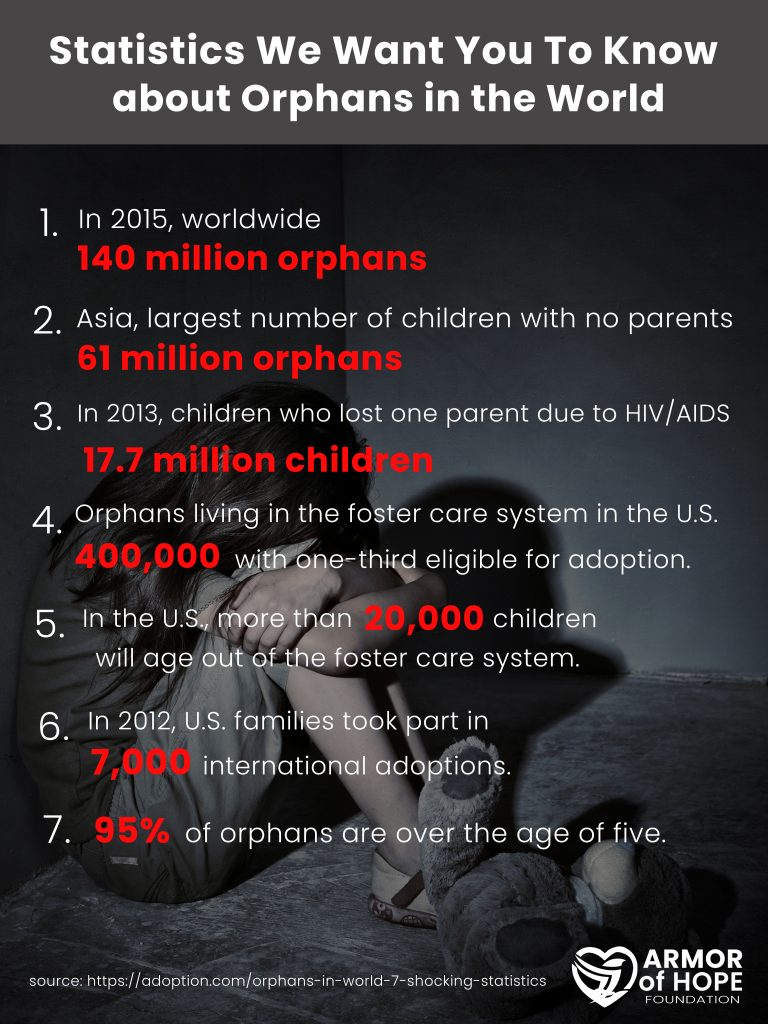 Thirteen million of the 150 million children classified as orphans have lost both parents. The majority of orphans live with a surviving parent, grandparent, or other family member. Ninety-five percent of all orphans are over the age of five.

UNICEF’s experience and commitment to orphans and the changing landscape of the AIDS crisis led to global analysis of the current conditions of orphans and non-orphans. This analysis resulted in expanding the definition to focus less on orphan-hood and more on the conditions that rendered children vulnerable. These conditions include family ownership of property, the poverty level of the household, the child’s relationship with the rest of the family, and the current education level. UNICEF’s experience indicated that these conditions were the ones with the greatest need for support.

Armor of Hope Foundation supports programs that provide resources, care, and love for these vulnerable children. We look for partner organizations that can provide for the five domains that are fundamental for child development; physical, spiritual, educational, emotional, and social needs. 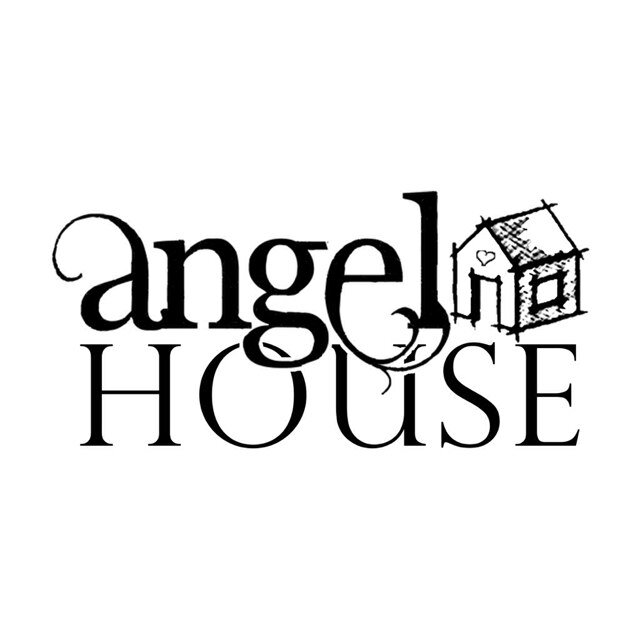 Angel House Rescue Orphanage is an extension of the 501(c)(3) nonprofit corporation Rescue International. At the end of each calendar year, a detailed giving receipt is furnished to each donor for tax purposes.

Zoe Empowers envisions a world where all orphaned and vulnerable children are given the opportunity to reach their full potential becoming secure, healthy, connected community members who are able to care for themselves and their siblings.